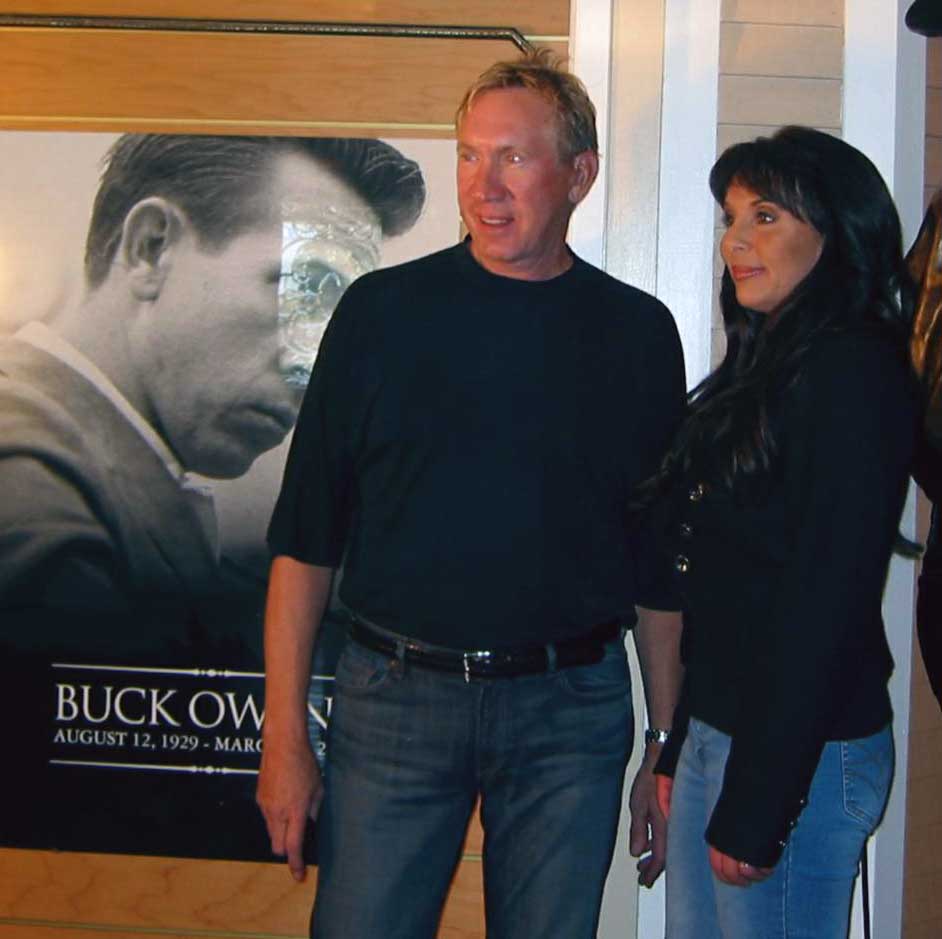 You many already know her name, or maybe you’ve heard her referred to as the “Worlds only Buckarette”. Kim is among only a handful of women who worked with the legendary Buck Owens. It was when she met keyboard player Jim Shaw at the beginning of her singing career that resulted to her performing with the group and this year celebrating her 25th anniversary with the Buckaroo Band. It has not only been a blessing but the root she needed to learn about the Bakersfield history and the opportunity to learn first hand about performing from a natural like Buck Owens.

It was when she met keyboard player and Buckaroo Jim Shaw at the beginning of her singing career that resulted to her performing with the legendary Buckaroo’s. She has also performed with and opened for artist such as: Garth Brooks, Trisha Yearwood, Clint Black, Marty Stuart, Neil McCoy, Brad Paisley, Mark Wills, Dwight Yokum, Joe Nichols, Dierks Bently, Collin Raye and even the Late Keith Whitley. 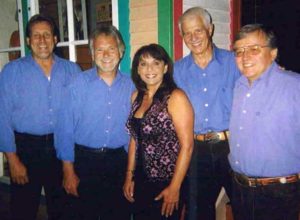 The only Buckerette with the rest of the Buckaroos. 2006

She has had three released CD’s- with a national release Album “That’s What I’m Talkin’ About’ that put her in the No. 1 position on New Music Independent Charts and into the top 100 for Music Row. Her awards include: ‘Female Vocalist of the Year’ in Bakersfield, ‘Most Promising Female Vocalist’ and Female Vocalist of the Year with the CCMA Los Angeles three years in a row, as well as ‘Record of the Year’ with her single ‘Make Believin’ and ‘Breakout Artist’ nominee with New Music Weekly. She currently has a new duet CD ‘Stand Still with Me’, released August 1, 2016 with County Star Ty Herndon, that also introduces her a as songwriter for the first time. The first single has a new and fun twist on the traditional song, ‘Looking Back to See’. #64 on Music Row & #1 on most Independent Charts including STS Spin Tracking. The current single, “Journey On” is impacting radio now, #5 on the Independent Charts and #98 On Music Row with great reviews from both Robert Oermann https://www.musicrow.com/2017/02/disclaimer-trace-adkins-rises-to-the-top-with-watered-down/Writers: Ty Herndon/Caleb Collins; Producer: Ty Herndon; Publishers: none listed; Soigne (track)
– Be brave. Hold your head high. Weather the storm. A better day is coming. This is a beautifully written expression of hope and inspiration. Play it.

This year has been a monumental year as Kim and her husband, former home builder and Mayoral Candidate Kyle Carter constructed and founded the Bakersfield Music Hall of Fame, a performing arts theatre that is designed to nurture and pay homage to the rich music history that is the Bakersfield Music Legacy which has been handed down from the greats like Buck Owens, Merle Haggard, Tommy Collins & Red Simpson to name just a few.

Her new role as Executive Director is keeping her very busy these days. Check our the website at www.bakersfieldmusichalloffame.com or www.kimmcabee.com , https://www.facebook.com/kimmcabee

Kim McAbee has earned her share of recognition. She has been named as ‘Top Female Vocalist’ in Bakersfield and in Los Angeles. Her single, ‘Make Believin’ was awarded ‘Single of the Year’ by the California Country Music Association.

It was an experience of a lifetime when she was flown onto the Aircraft Carrier, USS Ranger as a part of the USO Gulf War Return Show, performing for over 4000 returning Marines.

What others are saying…

“Kim McAbee is the most lovely young talented lady without a Major Record Deal. When Kim and destiny get in the saddle together, thunder is going to crash and lightening is going to flash-hit records are on the way.”
– Buck Owens

“She got a workhorse energy and pristine voice, she’s worth the price of admission alone-and works the crowd like a Las Vegas Pro.
– Chris Page, The Bakersfield Californian

“When I hear Kim sing, I am reminded of the talent level and spirit of the legendary ‘Bakersfield Sound Musicians. I’m proud my hometown has another singer worthy of such attention.”
– Bob Mitchell, Smith Music Group

“In the tradition of Bakersfield singers, Kim is the real deal! She could be the next star to come out of this town.”
– Evan Bridwell, KUZZ Radio